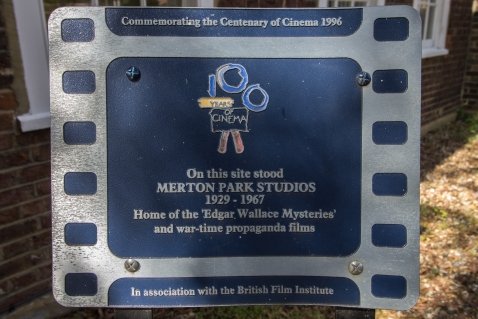 One of the best-kept secrets in British film history, the Merton Park Studios were used by some of the biggest names in the business including actors Peter Sellers, Michael Caine, Rita Tushingham and directors Joseph Losey, Joan Littlewood and Lindsay Anderson. Action films, comedies, musicals, sci-fi films and the famous crime series Scotland Yard, Scales of Justice and Edgar Wallace mysteries were all made there as well as adverts, children’s films and wartime propaganda films – even a Walt Disney film.

Find out what really went on at this criminally overlooked studio. This online talk is the next in a series of talks arranged by Michael Norman-Smith for you to tune in to via Zoom on the internet and watch from the comfort of your own home, for which there is no charge and no pre booking.

The talk will be presented via a ZOOM webinar. Access details will be sent to members via email.