Our Archaeology Collection is small but has finds from around the whole Borough. The early members of the Museum team were geologists and natural historians. They were also very interested in early people and collected and donated many local finds in our historic collection of flint implements, including many local finds collected or given by them. Some are from Wimbledon Common.

A selection of finds from excavations on the site of the Elizabethan Manor House are on display alongside a model of the house, once called ‘Wimbledon’s greatest ornament’, but demolished in 1717.

A magnificent section, based on finds from one local garden, explains the sequence of finds from it dating from the Roman period to the present day. Our clay pipe collection covers several hundred years from the 1600s to the Victorian period and is a useful reference for any visitor to identify and date their finds.

The earliest Man-made object in the Collections is a handaxe found in the grounds of Merton Abbey. It is more than 100,000 years old and belongs to the earlier part of the Palaeolithic period, the Old Stone Age. 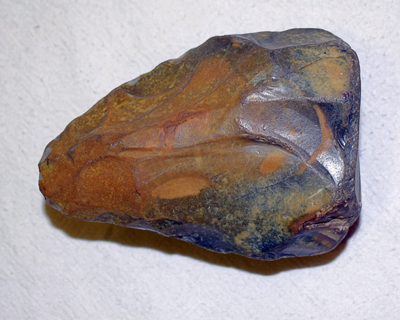 Flint handaxe from the grounds of Merton Priory 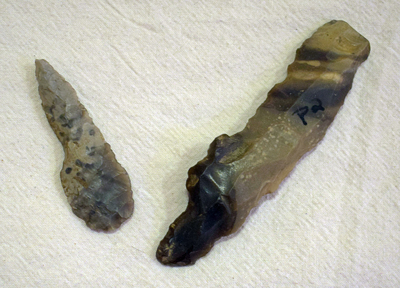 Many flint implements in the Collections date from the Mesolithic (about 10,000–6,000 years ago), after the end of the Ice Age, while some are much later, probably later Neolithic and Bronze or Iron Age. 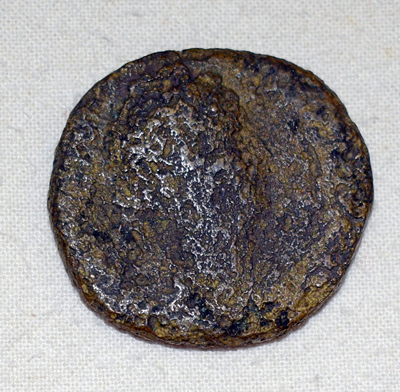 For the Roman presence, we have some pottery and a coin from a property downhill from the Ridgway and a worn bronze coin, a sestertius of Faustina, from Graham Road, South Wimbledon. Traces of a Roman building with a significant number of finds, perhaps the site of a villa, were found in 2010 on the hill below Parkside. 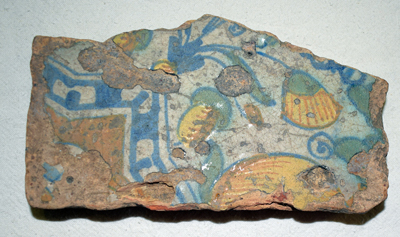 Early 17th century polychrome tile from Wimbledon, glazed with a tin-glaze, a type of glaze  that has a tendency to flake off.

We also have some finds excavated at the site of the old Wimbledon House, the Tudor manor house, a selection is on display.

To find out more about our early archaeology researchers and enthusiasts, see GEOLOGY