Margaret Grant was born in Galashiels in Scotland and had arrived in London by 1901 when she is recorded as a 21-year-old domestic nurse in Richmond in service with the family of Dr Francis Bather, a geologist and later the Museum’s first Chairman.

Her sister Jane was their housekeeper. She rose to be Dr Bather’s secretary and also the Secretary of the Wimbledon Branch of the Women’s Social and Political Union (WSPU). In 1912 Margaret Grant joined the John Evelyn Club (later the Wimbledon Society) and in September 1916 was appointed Curator of the newly formed Museum, though she had already been involved in making and installing labels in the display cases. She held the position for 30 years until 1946. Her documentation and collections care were very good for the time. Records show that she attended training and Museums Association events.

For 24 years Margaret Grant was also Lady Almoner at the former Wimbledon Cottage Hospital, retiring in 1946. From 1910-1918 she was Honorary Secretary of the St Andrew Society (London), Chief from 1921-1922, and then President and a Trustee until her death. In 1914 she became the first Secretary of the Wimbledon Choral Society. During the First World War she was active in the work of the Federated Council of Scottish Societies for wounded Scots servicemen in London and also worked for the Ministry of Pensions in Westminster. Passionate about Wimbledon Common she donated many trees, as well as writing about it in Our Common. 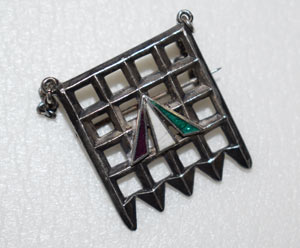 We have a small, but important, collection of objects and records relating to the campaign for Women’s Suffrage in Wimbledon.  A Suffragette banner, cups and this brooch once belonged to Rose Lamartine Yates, well-known for her speeches and especially those given on Wimbledon Common.  A small archive of documents was given by Margaret Grant in 1918 relating in the main to the Wimbledon WSPU. We also have one of the Minute books and some papers given by Edith Webster, Secretary of the North Wimbledon Branch of the London Society for Women’s Suffrage 1911 – 1916. These form part of collections relating to local political history and link to the local pioneering women scientists, educationalists and politicians featuring in our Collections. 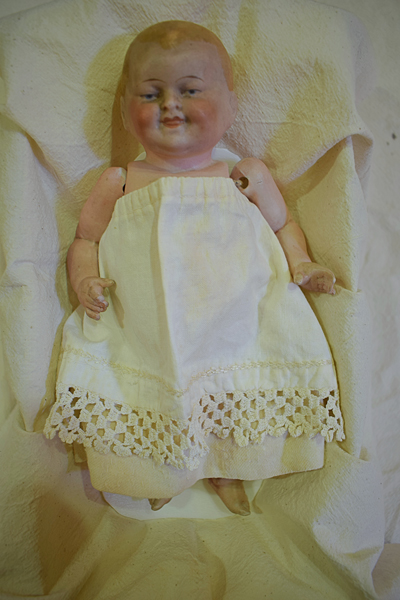 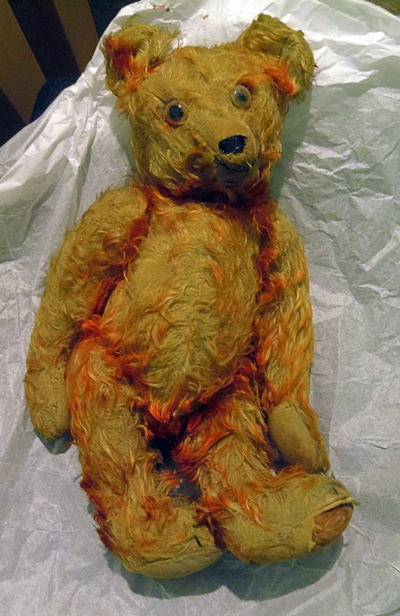 We now have three toys in the Collections and hope to enlarge our collections relating to children with more objects, books and documents. These toys were donated in the last few years. All have interesting stories to tell.  The oldest is ‘Dolly’ given to her owner after 1914 and very much part of her family. ‘Red Teddy’ was a much loved 1932 Christmas present rescued from the rubble when the family home was bombed on 30 June 1944. A wooden tank made by a soldier billeted in Wimbledon was given to the donor when he was a small boy during the Second World War. 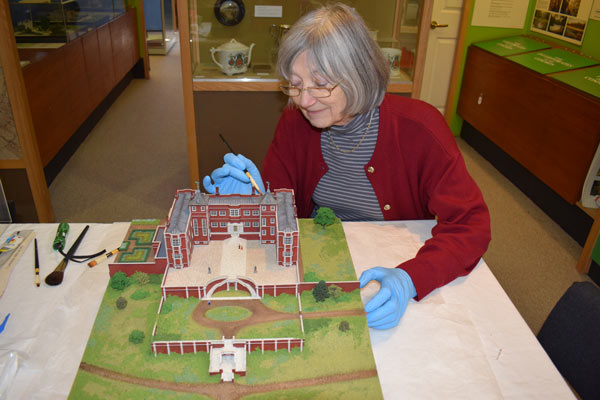 On display are 4 models of grand houses, representing important families and people in the story of Wimbledon: the Elizabethan Manor House and the mansions of Theodore Janssen, the Duke and Duchess of Marlborough and the Spencers. They are very detailed and beautifully made models, created for the displays in the 1994 refurbishment of the Museum.

The image to the left shows the Wimbledon Manor House model is undergoing some preventive conservation by one of our specially trained team, that is, being brushed with small soft brushes and undergoing a thorough health check, followed by a record of the work done. 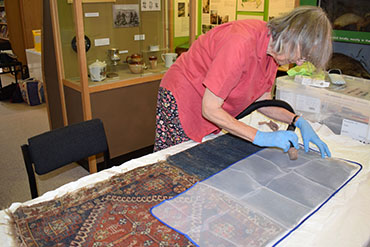 It is important to keep objects clean and dust-free and stored or displayed using conservation-grade materials. Shown here is part of our programme of cleaning and packing objects, known as preventive conservation. A special vacuum cleaner designed for delicately cleaning museum objects is being used 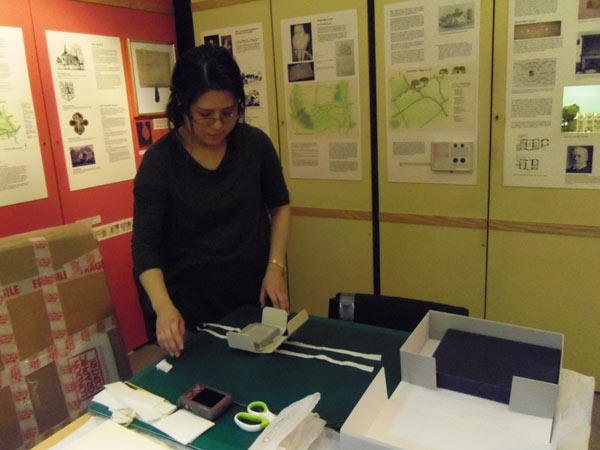 Our Paper Conservator is making a custom-made box out of museum-board to house an object from our of National Rifle Association collection. The conservation materials were funded by a grant provided through the Association of Independent Museums.