We have a small but interesting Geology Collection which includes specimens from Wimbledon and the surrounding areas. It grew out of both collecting in areas such as Wimbledon Common and North Downs and from finds recovered during development such as the local railway cuttings and works at Carter’s Seed Station, Raynes Park.

The deepest hole in Wimbledon Village, so far, is the well dug in Arthur Road in 1796. This was recorded on a long scroll given to the Museum in 1925.

Our finders, donors and curators of the Geology Collection are mostly people of significant importance in the study and development of geology in the late 19th and early 20th centuries, adding an extra dimension to our Collections.

Our Geology, Archaeology and Natural History Collections are intertwined – the early 20th-century natural historians and geologists involved with the Museum were also interested in archaeology and early human history, particularly the Stone Ages (Palaeolithic, Mesolithic, Neolithic). Some of  those involved with the Museum during its early years are:

Mary Johnston FGS (1875-1955), one of the first 12 women to be admitted as a Fellow of the Geological Society in 1919,  pioneer woman geologist and an early scientific photographer, Museum Committee member 1913-1918, Honorary Treasurer John Evelyn Club 1913.

William Wright FGS (1862 –1936), and his protégé Walter Johnson (1867 –1950), both collected and donated flint implements, and wrote Neolithic Man in North-East Surrey. Walter Johnson wrote a natural history and archaeology of Wimbledon Common, Wimbledon Common. Its Geology, Antiquities and Natural History published in 1912. Both books are in our Book Collection.  Sadly a number of these finds, especially the prehistoric pottery, are no longer held in our Collections.

Cyril Phillip (C.P.) Castell (1907 – 1972), in the Geology Department of the Natural History Museum, was an original contributor to the British fossil guides still being used today, and to bird sightings and other records held in the Museum. 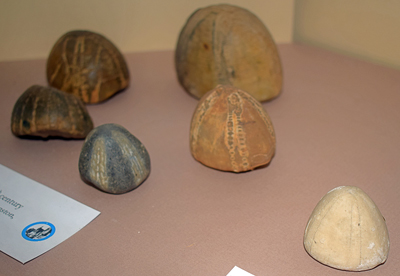 Fossil sea urchins given by the early members of the Museum, originally from the Chalk, some of these are stained after being brought into the Thames river gravels during the Ice Age

These fossils are actually the internal moulds of sea urchins which have been replaced by flint or other sediments in the Chalk, and date to the Cretaceous period. One of Dr Bather’s specialisms was sea urchins.

Fossil sea urchins have always been a popular collector’s or ‘sacred’ item from the time of early humans onwards, and play a long-standing part in folklore and legends, as do handaxes. Some believed they warded off evil. Their star-shaped pattern and shape has led to the popular name of ‘shepherd’s crowns’ and ‘fairy loaves’, amongst others. 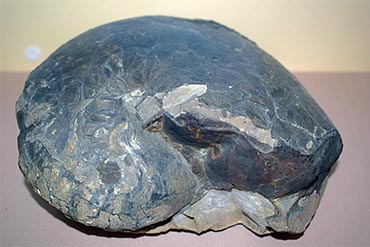 The large fossil Nautilus, Cimomia imperialis, from Malden, a typical find from the London Clay which was formed from the deposits laid down in the shallow tropical sea in the London area some 48-40 million years ago, donated by Mr Shortt in 1918.

The specimens in our Collections formed fairly recently in geological time – selenite is a crystallised form of gypsum.

Carters Seeding Testing Station at Raynes Park, opened in 1910 and closed down in the 1960s. The land was eventually sold in 1967 for a housing estate, the Carters Housing Estate. 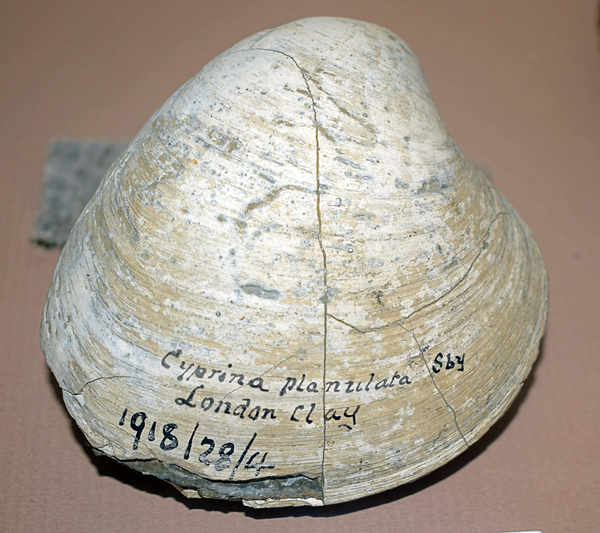 Cyprina planata – another fossil from the London Clay donated by Mr Shortt in 1918, now classified as Arctica planata. 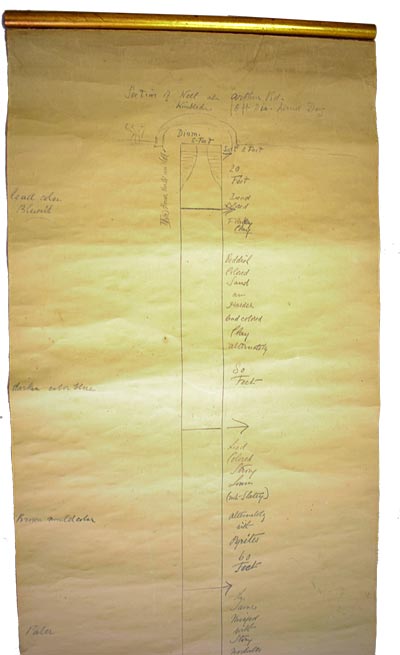 A section of this well was drawn as it was excavated in 1796. This and a giant screwdriver used to open the lid of the well were given to the Museum in 1925. The well house remains today. The drawing records a depth of 563 feet (171 m), which is disputed by some. In any case it went down more than 450 feet (137 m) and is the deepest known ‘borehole’ in Wimbledon Village. Without mechanical digging machines, this was no mean feat for that time. The pencil section drawing was made on the spot with added comments on the deposits from the digger as he went down. The drawing is unique.

A little discoloured and framed with odd pieces of wood, the section was donated by a member of the Hossack family, a descendant of the well diggers, in 1925.