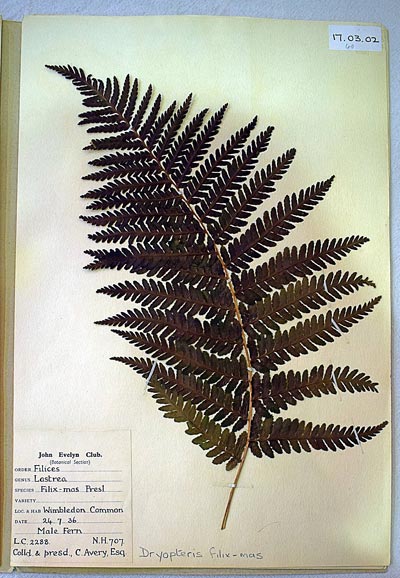 The Museum holds a small Natural History Collection, which was much larger until the mid-20th century and various disposals. It is no longer legal to collect many of the specimens, though such collecting was considered normal, if not fashionable, in the past.

The plants preserved in the Herbarium were collected over the last 100 years, mainly in the earlier 20th century. These include pressed plants and dried mosses. In addition, we have an album of pressed plants created by an 11-year-old in 1894 and a nature diary with watercolours by a 14-year-old in 1922 (Manuscripts and Archives and Art).

Associated with the specimens are much manuscript material and notebooks, for example bird watching diaries and records, and the archives of the Wimbledon Natural History Society active until 1939 and eventually part of the John Evelyn Club. 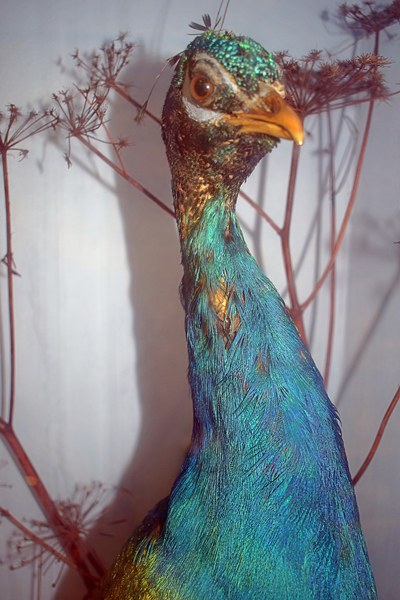 The stuffed peacock on display was from the menagerie kept by Sir Henry Peek (1825 – 1898) in his 100-acre garden at Wimbledon House, Parkside.  It died in 1887, but was given to the Museum in 1936 with other items relating to Sir Henry Peek. He was a wholesale importer and dealer in spices, tea, coffee and rubber, Conservative politician, and philanthropist, and a leading campaigner ’for the preservation of Wimbledon Common and Putney Heath unenclosed, for the benefit of the neighbourhood and public’.

The display of stuffed animals in the Museum 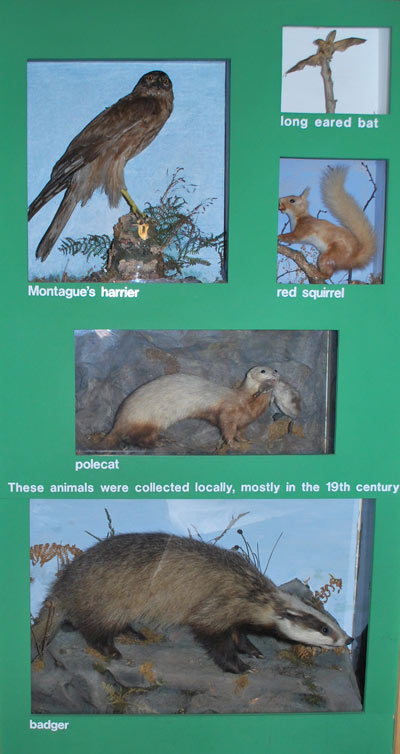 The stuffed birds, mammals and fish provide an interesting commentary on the history of wildlife in the area, and of public attitudes to it. They include a trout caught in the river Wandle in 1891, a badger from Raynes Park (1886), a red squirrel from by the Beverley Brook (1890) and polecat from the Common (1888). The badger and polecat were purchases and the squirrel a gift in 1917, all three shot by a Mr Streeter.