The Museum of Wimbledon houses an eclectic Social History Collection, ranging from the 1500s to the present day, one which accurately represents a borough famous for tennis, which was also the workplace of William Morris and the place where the sixth Martian cylinder landed in the H.G. Well’s War of the Worlds.

The collection gives a fascinating insight into the life of this famous London borough through the personal possessions of its residents, such as clothing, toys, jewellery and everyday household objects; sport and leisure objects, like a tennis racquet and Wimbledon FC memorabilia; and objects detailing major events, such as life in Wimbledon during the Second World War, and some residents’ part in the Suffragette movement.

And of course, the collection would not be complete without some Womble memorabilia!

Through these objects we can delve into Wimbledon’s vast history and explore how it has grown into the bustling borough of today. 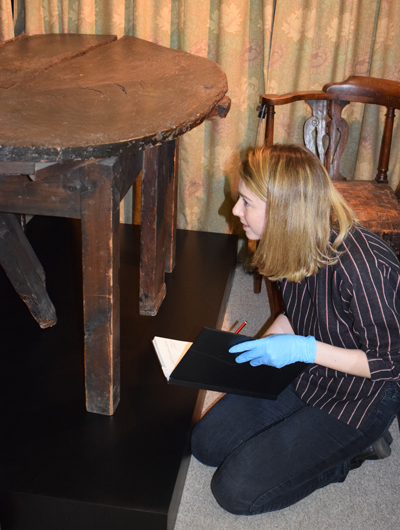 The Biscuit Brake was donated to the Museum in 1925 and was said to be at least 200 years’ old then. This was used in Wallis’s bakery, previously located in the High Street, to roll pastry into delectable treats, a baker’s vital tool used up until the early 1900s. It was possibly made in the 18th century.  In the photograph the Social History Curator is giving the Brake a check following its return from being conserved and cleaned. 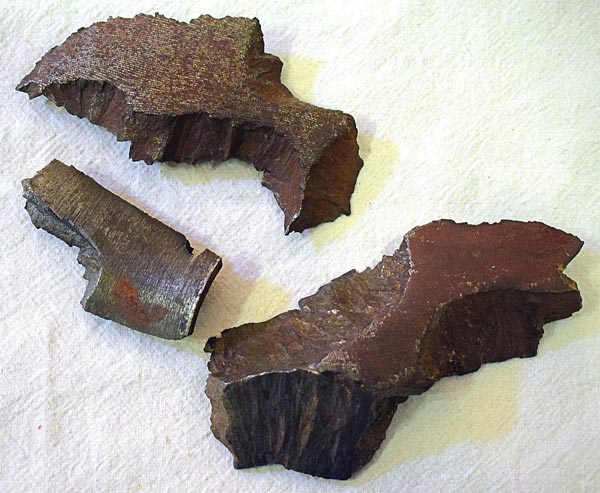 Splinters and fragments of anti-aircraft shells (shrapnel) which fell in Wimbledon. 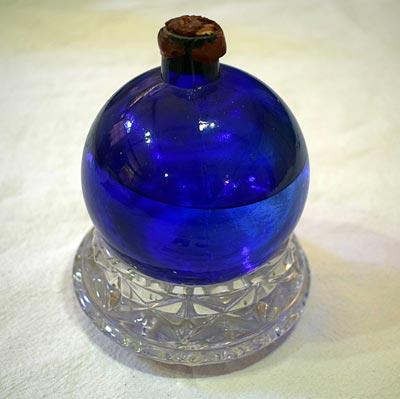 Fire grenade – A late Victorian fire extinguisher, or grenade, in blue glass, donated in 1975 by a resident of Kingston Road

Fire grenades were usually filled with salt water or, more commonly, a volatile substance called carbon tetrachloride. The grenades were stored in high risk areas of the house, such as near the fireplace, and were used to extinguish fires by throwing the grenade at the base of the fire. The grenades were gradually phased out with the introduction of pump-type extinguishers, manufactured by Pyrene in 1911. 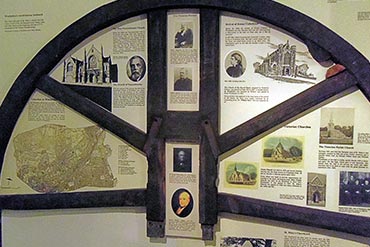 Bell Wheel from St Mary’s Church, presented to the Museum in 1984

This formed the upper half of the bell wheel at St Mary’s Church, a Grade II listed building built in 1843. The bell wheel would have supported the bell and rope in the belfry. A church has existed on the site since 1086 and is very likely the same church mentioned as situating in the Mortlake area in the Doomsday book. 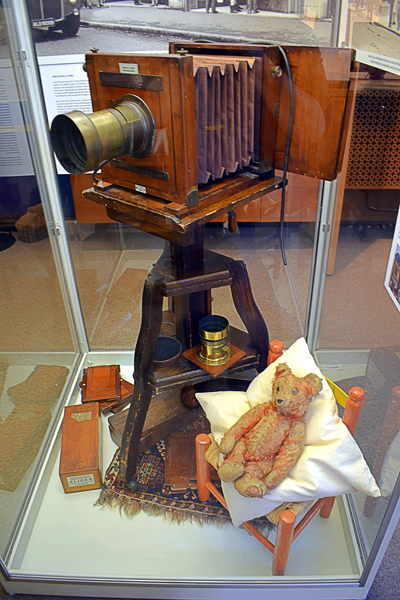 This studio camera was owned and used by James Russell and Sons in their Wimbledon studio on Worple Road, taking portraits for use in the popular cabinet photographs of the time. Russell and Sons were a family of professional photographers who were so famous for their portraits that they held a Royal Warrant.

In the foreground is ‘Red Teddy’ who was pulled from the rubble after the family’s house was bombed in the Second World War.