Skip to main content
Close Search
View basket “Wimbledon Park” has been added to your basket. 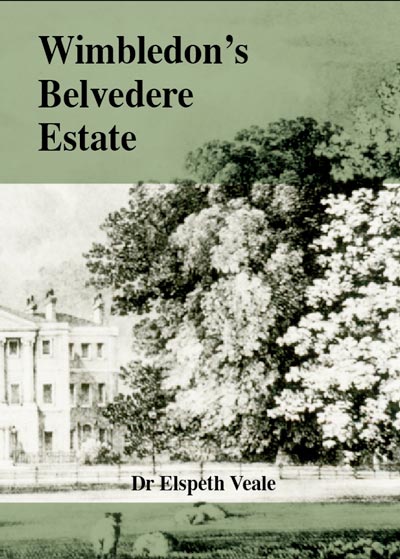 In the mid 1800’s the Belvedere Estate, encompassing the area now stretching from St Mary’s Church in the north to the High Street in the southwest and Wimbledon Hill Road in the southeast comprised a single Estate with one large house. Several street names are all that remain today of this single property which existed for some 200 years from the late 17th century to the end of the 19th when rapid urbanisation wiped it from the map. Until now little has been known about the owners who lived there. They included some notable people – among them the merchant Francis Gosfright, Lord of the Manor Sir Theodore Janssen and the late 18th century statesman the Marquess of Rockingham.